Use Of The Dead To The Living 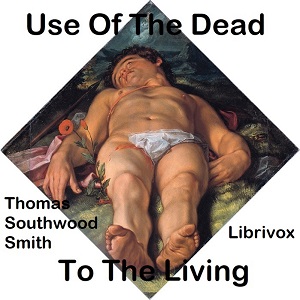 Use Of The Dead To The Living

LibriVox recording of Use Of The Dead To The Living by Thomas Southwood Smith.
Read in English by David Wales
In 1827 Thomas Southwood-Smith published The Use of the Dead to the Living, a pamphlet which argued that the current system of burial in the United Kingdom was a wasteful use of bodies that could otherwise be used for dissection by the medical profession. "If, by any appropriation of the dead, I can promote the happiness of the living, then it is my duty to conquer the reluctance I may feel to such a disposition of the dead, however well-founded or strong that reluctance may be". Southwood-Smith's lobbying helped lead to the 1832 Anatomy Act, the legislation which allowed the state to seize unclaimed corpses from workhouses and sell them to surgical schools. While this act is credited with ending the practice of grave robbery, it has also been condemned as discriminatory against the poor. Thomas Southwood- Smith (1788 – 1861) was an English physician and sanitary reformer. - Summary by Wikipedia and David Wales
For further information, including links to online text, reader information, RSS feeds, CD cover or other formats (if available), please go to the LibriVox catalog page for this recording.

Uploaded by librivoxbooks on January 8, 2019